Scott McClatchy started out as the singer/songwriter/guitarist for Philadelphia's The Stand.  McClatchy guided The Stand through a successful run that included being named Best Unsigned Band by both East Coast Rocker magazine & WMMR Radio.  McClatchy’s music blurs the lines between all styles of American music. Rock, folk and country are all touchstones of his song writing. McClatchy and his band have worked nationally with acts as varied as Steve Earle, John Hiatt, Confederate Railroad, The BoDeans and Little Steven. McClatchy also performed acoustically with artists like T-Bone Burnette and Corey Glover (Living Colour). McClatchy left his native Philadelphia for New York City to join forces with Scott Kempner and Manny Caiati of The Del Lords.  In 2000, McClatchy and Kempner paired up as artist and producer on McClatchy's debut CD: “Blue Moon Revisited”.  With follow up CDs; “Redemption” & “Burn This.”  McClatchy then partnered up with Nashville songwriter & producer, Billy Lee, and released his 4th CD; “A Dark Rage."  Scott McClatchy and Billy Lee have also co-written songs for the Nashville market.

McClatchy has just released his 5th CD: "Six Of One" to both critical acclaim and worldwide radio airplay.

McClatchy has toured extensively in both the USA and overseas.  He has traveled as guitar player for Hall of Fame member, Dion ["Runaround Sue"] and with Dave Kincaid’s [of The Brandos]  “The Irish Volunteer” show.  Three of Scott's songs can be heard on the soundtrack of the independent film, God, Sex & Apple Pie, which won the Award For Best Picture at the 30th Parallel Film Festival.  And, more recently, one of McClatchy's songs: "Take A Walk With Me" was performed, in its entirety, to close out an episode of the TNT tv show: "Rizzoli & Isles."

“Blue Moon Revisited” ~ Country Standard Time (USA)
McClatchy takes the classic roots rock forefather like CCR, The Rolling Stone and early Rod Stewart and couples them with the energy of a runaway steam engine. But it’s mainly McClatchy’s own style that makes the deepest impression.  There is a definite rock and roll heart inside Scott McClatchy, but he tempers it with enough honky tonk to please both the country and the rock audiences.

"Redemption" ~ Miles of Music (WWW)
Scott McClatchy melds a rustic twanginess with a blue-collar sensibility. McClatchy displays a gift for dealing with weighty issues without being heavy-handed. He weaves a Byrdsian guitar line through the title track, a song in which he questions sin and redemption. "My Family's Land" and "Goodnight Bobby", meanwhile, are two moving story-songs chronicling hardscrabble, rural American life.

“Burn This” ~ Rootstown (Belgium)
Scott McClatchy was the largest surprise of the last few years. The expectations were thus very high when we heard that he a new cd on the way. The previous albums "Blue Moon Revisited" and "Redemption" were excellent and with his newest "Burn This" it is no different. This new lively cd goes further where "Redemption" stopped (2002), like the best work of Peter Case, John Hiatt, John Mellencamp and the later Springsteen.  "Burn This" is sharp, after ten listens, I find that the music becomes better, and that the cd is in fact considerably addictive.

"A Dark Rage"  ~ Reel Roots (Netherlands)
A Dark Rage is an adventure in itself. A catchy, well-played and well-arranged CD. Scott's new CD, his fourth in the meantime, called "A dark rage" and contains twelve songs, including 10 from the hand of the master himself A weathered voice, therefore, provided with the proper paperwork, making this CD a tip. Beautiful work of an unknown and underrated artist.

"Six Of One"  ~ DiscoClub (Italy)
After several plays, 'Sis Of One' can be called The Holy Grail for people who, besides Bruce Springsteen, have on their shelves CDs by Southside Johnny, Little Steven and Willie Nile. Seeing is believing! 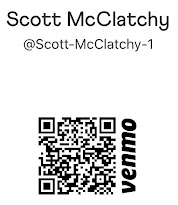 Include the album you want to purchase!